One area of program focus for Oren is “circle” work: bringing healing and connection to small groups of people through active listening and creativity. These circles are safe spaces, founded in kindness and respect, where people work together across differences. These groups include Commonweal’s Power of Hope youth camp; Healing Circles Global, which Oren co-founded during the 2020 pandemic crisis; and Commonweal’s Fall Gathering. His work with these programs is, in part, built on many years of experience working with a variety of community groups during the AIDS crisis.

In the early 2000s, Oren worked and studied with Abigail Housen, founder of Aesthetic Development Theory—a development psychology theory that describes how people make meaning from visual art. This work was fundamental to the founding of the Visual Thinking Strategies (VTS) program in 1989. Oren was executive director of VTS until 2013, when he joined Commonweal. VTS merged into Commonweal’s umbrella of programs in 2016, and today helps more than 100,000 students build critical thinking and communication skill through carefully structured conversations about art at schools and museums around the world.

As the pandemic, climate crisis, and political upheaval continue, Commonweal’s work has focused more and more on resilience and the polycrisis. Oren seeks to help Commonweal programs and their communities deepen the exploration of complex issues in our world. In “What if We Looked at Our World as a Painting,” a chapter that Oren wrote for The New Possible: Visions of Our World Beyond Crisis, Oren applies his experience working with groups to find meaning in ambiguous and complex situations to the polycrisis.

In 2018, Oren worked with the Fetzer Institute to found the Retreat Center Collaboration. Currently serving more than 200 centers in the United States and Canada, the program focuses on retreat center sustainability, land legacies, and equity access issues. Read more about the Retreat Center Collaboration in an article Oren wrote on the Fetzer website.

Born in Los Angeles, Oren moved with his parents to Haifa, Israel, as a young child. He moved back to the United States in 1987 to study linguistics with George Lakoff at the University of California Berkeley. He studied education in the San Francisco State University graduate program. 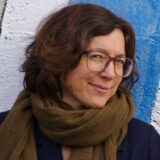 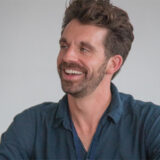