Spirit of Compassion Project; Commonweal Board of Directors

Angela Oh is a teacher in Commonweal’s Gift of Compassion program, an attorney, ordained Zen Buddhist priest, and nationally recognized expert on race relations and conflict resolution who has spent a lifetime utilizing a range of internal and external tools to help bridge cultural divides across race and religion.A second-generation Korean American woman, Angela was raised in California in an era when certain neighborhoods were not welcoming of her family because of their ethnic origins. Her civil rights work dates back to law school, when she was arrested during an anti-apartheid protest. In graduate school she was involved in the labor movement, particularly active around health and safety issues for workers. Her work in holding space for peace began in 1992 during the implosion of Los Angeles after the acquittal verdict of four police officers following the videotaped police beating of Rodney King. She had just become incoming president of the Korean American Bar Association when many ethnic Korean businesses were destroyed from the resulting Los Angeles riots following the verdict. Angela used her powerful gift of speech, which had served her well as a trial lawyer, to become a clear spokesperson and mediator, speaking to the precarious position of the Korean American community vis-à-vis both the white majority and the African American minority, and to the underlying economic and demographic changes that gave rise to the tension. Since that time she has worked tirelessly to overcome divisiveness influenced by racial, gender, religious and intergenerational differences in the arenas of law, higher education, politics, and community-based advocacy.  In 1997 Ms. Oh was named to the Advisory Board of President Bill Clinton’s One America Initiative. A principal legacy of the seven-member Advisory Board was the collection and publication of “best practices” for racial reconciliation and guidelines for communities to discuss how to address racial and ethnic divisions in mutually productive ways.Angela has been a practitioner of Zazen (sitting Zen) for more than two decades, since 1999. Her role in both mediation and meditation is to support a healing process for individuals and communities. Clarity and healing began for her after she studied with Tenshin Tanouye Rotaishi, the founding teacher and Archbishop of Daihonzan Chozen-ji/International Zen Dojo, a Zen monastery in Hawaii .In the past thirty years, Angela has had several roles including serving as executive of a nonprofit dedicated to peaceful resolution of conflict; as a criminal defense and civil rights attorney in private practice; as a political and community activist; and as a traveling Zen meditation instructor. In 2014, Angela co-created the Gift of Compassion, a program of Commonweal. The program supports building a contemplative practice as a tool or healing through meditation. Since its inception, the program has brought access to learning healing practices to underserved and under-resourced segments of society: prisoners returning to community, young adults transitioning from the foster system, and social change/social justice activists.Angela is a graduate of the University of California, Los Angeles, where she earned her Bachelor of Arts and Masters in Public Health degrees. Her Juris Doctor (JD) is from King Hall at the University of California Davis School of Law. 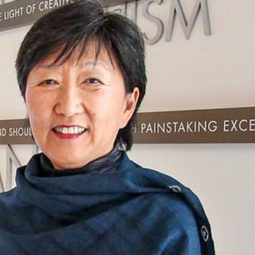 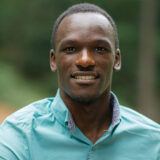