Several dozen global vectors or stressors have created the “perfect storm” of our time. It is not just climate change and inequality that threaten us. Here I explore another vector, a cyberattack on the energy grid. I make the link between common sense personal emergency preparedness and creating resilient communities.

Imagine that the grid goes down. Ted Koppel, the eminent award-winning journalist who was the anchor and managing editor of ABC’s Nightline from 1980 to 2005, devoted a book to the subject with the title Lights Out. He is no alarmist.

Imagine a blackout lasting not days, but weeks or months. Tens of millions of people over several states are affected. For those without access to a generator, there is no running water, no sewage, no refrigeration or light. Food and medical supplies are dwindling. Devices we rely on have gone dark. Banks no longer function, looting is widespread, and law and order are being tested as never before.

A well-designed attack on just one of the nation’s three electric power grids could cripple much of our infrastructure—and in the age of cyberwarfare, a laptop has become the only necessary weapon… In fact, as a former chief scientist of the NSA reveals, China and Russia have already penetrated the grid. And a cybersecurity advisor to President Obama believes that independent actors—from “hacktivists” to terrorists—have the capability as well. “It’s not a question of if,” says Centcom Commander General Lloyd Austin, “it’s a question of when.”

In the absence of a government plan, some individuals and communities have taken matters into their own hands…We see the unrivaled disaster preparedness of the Mormon church, with its enormous storehouses, high-tech dairies, orchards, and proprietary trucking company—the fruits of a long tradition of anticipating the worst. But how, Koppel asks, will ordinary civilians survive?” [From the book’s website]. 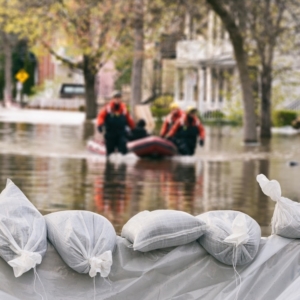 It doesn’t have to be a cyberattack that takes the grid down. All over the country, the grid is going down with earthquakes, wildfires, floods, hurricanes, and more. It is common sense for someone in the neighborhood to have a generator and fuel, or a portable solar-powered generator. If you have solar panels, they will be useless without a battery. If the blackout is regional and lasting, solar-powered ham radio will be a key communications link.

Common sense personal or family disaster preparedness helps you and your community prepare for a wide range of potential crises. Most of us haven’t even taken the first step. A “Go Bag” if you have to leave immediately. Some cash if you need it. Some food for a few weeks. Keeping your gas tank topped off. There is a deep link between disaster preparedness and community resilience. Community resilience is the most powerful scale to think about. In the crisis age we have entered, we will need resilient communities to survive and to thrive. Think about it.

The Commonweal Resilience Project is grateful for funding from The Heinz Endowments, the Barinaga Goodman Fund of West Marin Fund, and the Altman 2011 Charitable Lead Annuity Trust (15K). Find out more about the project at resilienceproject.ngo.